Yes, I want it!
You are here: Home / Bible Study / When You Need Hope: Elijah and the Widow of Zarephath 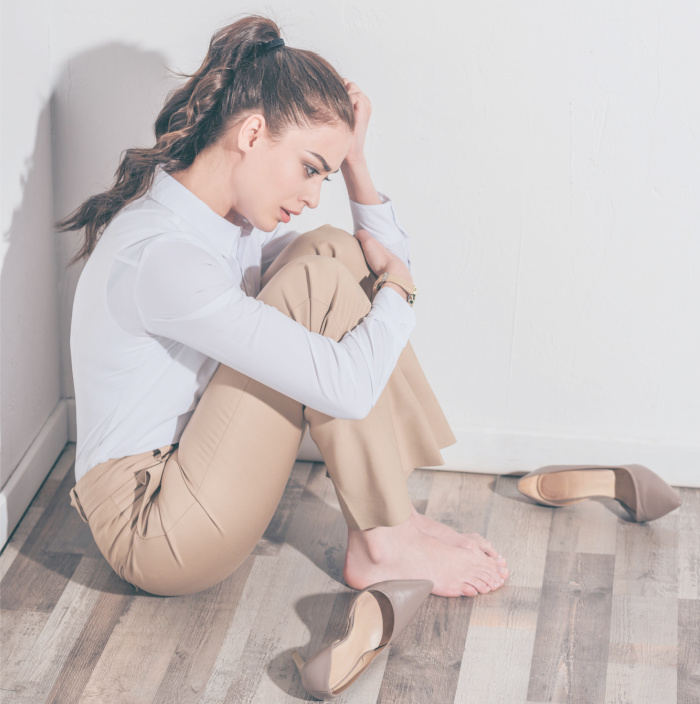 Feel like you’re at the end of hope? Don’t see a way through your circumstance?

Then today’s devotion is for you. Because the end of your rope is the middle of God’s story. If you need hope, Elijah and the widow of Zarephath have life-giving lessons for you. Let’s start in 1 Kings 17.

Elijah the prophet had gone to King Ahab, Israel’s most wicked king, to declare a drought. There would be no rain, not even dew, because of Israel’s evil idolatry until Elijah declared it over.

As Israel went into extreme drought, God tucked Elijah safely away from the murderous Ahab. God first sent Elijah to a stream where God had ravens make a daily bread delivery. But when even the stream dried up, God sent Elijah to a widow in the gentile village of Zarephath.

The Widow of Zarephath:

When Elijah arrived at the Zarephath city gates, he spotted a young widow gathering sticks. The only problem? This widow had no bread. In fact, she was gathering sticks to make a last meal for herself and her son, and then die.

You can almost hear the despair in this single mom’s words as she told Elijah she had “only a handful of flour in a jar and a little olive oil in a jug. I am gathering a few sticks to take home and make a meal for myself and my son, that we may eat it – and die.” (1 Kings 17:12)

She was at the end of her hope. While the text doesn’t say, I imagine her head hanging low and warm tears brushing her cheeks as she described her plight.

Elijah answered: “Do not be afraid.” He instructed her to make a small loaf for him first and afterward, some for herself and her son with this promise from God: the flour jar would not become empty nor the oil jug run dry until the day the Lord sent rain again.

The widow did as Elijah said. And afterward? Her flour jar never became empty and her oil jar never ran dry just as God had promised. In fact, the widow, her family and Elijah had food through the entire multi-year drought.

Three Lessons When You Need Hope

1.There is no hopelessness in God.

Our circumstances never tell the whole story. They tell only what we see but the eternal God is our refuge and always, always, always underneath are his everlasting arms.

You may be facing big unknowns. You may be at the end of your own ability and you may not see the way through your circumstances.

But the end of your hope is the middle of God’s story.

As a gentile widow living outside of Israel, she was outside the protections of Jewish law and would have been among the most poor and needy. She was a single mom who found herself at the end of her supplies and the end of her ability to provide, reasoning her only choice was to make a last meal, eat it and die.

But God resources are unlimited and his timing is perfect. We may not see a way through, but we are never hopeless in God.

I imagine this widow watching her flour and oil dwindle for weeks. She had one more handful of flour and perhaps if she knocked every last bit from the container’s sides, and left the oil jar to hang upside down, she’d get just enough to make one last cake

Before she ever reached the place of need, God knew how he would meet it.

3.There is no lack in God – but there are tests of faith.

You know, God owns the cattle on a thousand hills and he could have hand-delivered one to this woman. But instead, he asks her to trust and obey. She had to give the last of what she has to the prophet of God with a promise that God wouldn’t let her flour and oil run out until the drought was over.

God wanted more than to simply meet this woman’s needs. He wanted this unbeliever in a gentile country to know that he was the one true God. God was more interested in feeding her soul than feeding her stomach.

God wants the same for us.

Maybe you wouldn’t have chosen to write your life story this way. Maybe, like me, you find yourself a young widow and single mom. Maybe you’ve found yourself at the end of hope and in deep need. God WILL meet your need – he promises us that. But he wants more for you. God wants you to have hope beyond this life. He wants to feed your soul as the one true God.

There is no hopelessness in God. And while there are tests of faith, there is no lack in God either. The same God who provided for Elijah and the widow of Zarephath in extreme drought and desperation, is the same God who is faithful to us as well, if we will but trust and obey.

I'm a recent widow and single mom to seven amazing children, here I share all of the good lessons God is teaching as He is so true and faithful to us. END_OF_DOCUMENT_TOKEN_TO_BE_REPLACED