Yes, I want it!
You are here: Home / Holidays / God Over the Unexpected 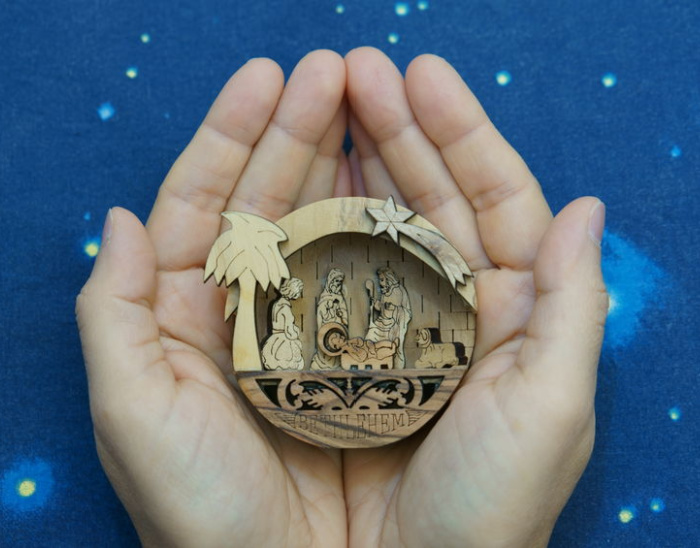 This post on God over the Unexpected is excerpted and adapted from the family Advent devotional Countdown to Christmas: Unwrap the Christmas Story with Your Family in 15 Days. Get your copy here in hard copy or Kindle.

And it came to pass in those days that a decree went out from Caesar Augustus that all the world should be registered. This census first took place while Quirinius was governing Syria. So all went to be registered, everyone to his own city. Joseph also went up from Galilee, out of the city of Nazareth, into Judea, to the city of David, which is called Bethlehem, because he was of the house and lineage of David, to be registered with Mary, his betrothed wife, who was with child. (Luke 2:1-5, NKJV)

Every other summer growing up, our family took a long road trip out West. Traveling by car from Florida to Wyoming is no small task and my parents would plan, prep and then pack nearly every inch in the wayback of our maroon Chevrolet impala station wagon with a cooler, pillows, books and suitcases for the trip.

We kids passed the time with car games, lots of reading when the roads were straight and flat enough and naps when boredom took over. Every few hours, we’d stop to stretch our legs, go to the restroom and get a gas station snack. The sights, smells, laughter and adventure of those trips were a big deal and are seared into my growing-up memories.

Cast your mind back to a long trip you took.  Maybe you traveled by car like we did, or perhaps you took a series of airline flights.

Can you imagine walking to get where you needed to go? Or taking a trip that was completely unplanned?

Today’s scripture tells us Joseph and Mary made a long trip when it was least convenient. They would have walked for many days to get from Nazareth in the northern part of Israel to Bethlehem in the south. The trip would have taken them up and down hills to the edge of the Judean desert. They probably packed and carried most of their food for the journey, as well as cloaks for the cold and mats to sleep on.

Many pictures show Mary riding on a donkey but scripture doesn’t tell us she did. It’s possible that Mary rode on a donkey, though, since she was in the final months of her pregnancy.

As they walked the dusty roads to Bethlehem day after day, I wonder if Mary and Joseph worried? Had they left behind a special cradle lovingly built by Joseph the carpenter? Did they look up at the stars in the evenings and wonder how God would take care of them so far from home?

Did they know that this unexpected and difficulty journey just when Mary was about to have a baby was precisely where God wanted them?

God knew exactly how He would take care of them. It wasn’t an inconvenient Roman edict that brought Mary and Joseph to Bethlehem. God Himself had planned every bit of this story.

Remember when we learned that Mary and Joseph were descended from the royal line of King David? King David’s father was Jesse, and his father was Obed and his father was Boaz. Boaz and Ruth had lived in Bethlehem, so when Caesar Augustus ordered everyone to be registered for a census, Joseph and Mary had to go back to the village of their ancestors to be counted. And where were their ancestors from? Bethlehem. Just like the old prophet Micah had foretold 700 years earlier.

God is God over the unexpected. Things were working out exactly as He had planned.

Sometimes our life can be interrupted by circumstances we didn’t expect. We find ourselves in the middle of a hard situation we didn’t choose. And in that unexpected and difficult journey, we often worry and question how God is going to take care of us.

What God did for Joseph and Mary, He does for us today.

Your unexpected circumstance never surprises God. Before you were ever born, before the situation ever began to unfold, God had his perfect provision for you in place.

You may be traveling a different road than Mary and Joseph did, but you have the same God.

And you can trust that God over the unexpected is leading you exactly where He wants you.

Dear Lord, there are times when our circumstances aren’t going well, when it seems like things aren’t working out and it doesn’t feel like You are in charge. But we are reminded, today, that You rule over everything – over governments, over hard situations and over where and when we are born. Help us to trust You and Your purposes when we cannot see what You are up to. Help us to know that You lead us with purpose and precision and that you always, always deal with us in love. In Jesus’ name, Amen.

Add the donkey to the nativity scene. While we don’t know for certain that Mary rode a donkey, the donkey represents the long and unexpected journey Joseph and Mary took to get to Bethlehem.

I'm a recent widow and single mom to seven amazing children, here I share all of the good lessons God is teaching as He is so true and faithful to us. END_OF_DOCUMENT_TOKEN_TO_BE_REPLACED