Yes, I want it!
You are here: Home / Faith Everyday / 31 Days Braving the Broken / Day 6: Grace in Seasons of Suffering 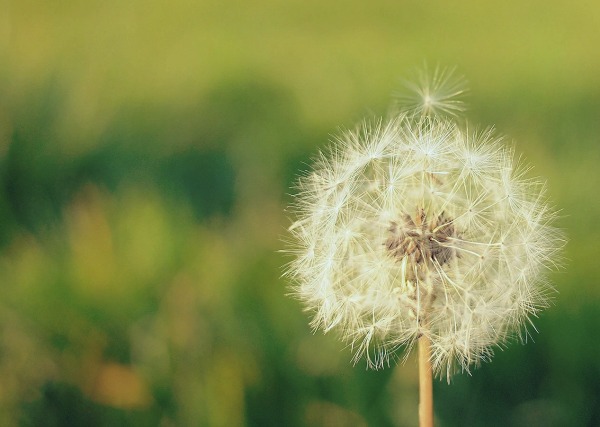 Suffering is rarely compartmentalized. It spills over into almost every part of life as we grapple with changing finances, shifting family responsibilities, uncertain plans for the future and changes to the daily rhythm in our home. Those of you who have been through a season of suffering know its widespread effect.

After the upheaval of Dan’s death and funeral, my kids and I gathered in our family room on couches and pillows to begin talking things through. The kind of trauma we’d only read about was now us.  Grief was like a thick blanket over every conversation, every meal, every hug.

In those first five days, we’d already cried more tears than I thought was possible. I really had no idea what the next year would look like. I only knew that we were eight broken hearts and we needed a place to start mending.

“We’re going to need grace this year. Lots and lots of grace,” I told the kids. If we were going to get through this, we needed generous grace in our season of suffering.

We started out with words from my sister that I echoed to my children: everyone grieves differently.

I didn’t want my kids to have expectations for a right or wrong way to grieve. I didn’t want them to impose an artificial timeline on their emotions based on how someone else in the family was doing. I wanted them to know that it was okay to feel what they were feeling and okay to have a hard day when others were having a good day. Or a good day when someone else was having a hard day.

We all deal with suffering differently. Some of us need to withdraw and process our own thoughts without the noise of people and activity. Others are the complete opposite: needing people, activity and regular routine, not to mask the pain but as a balm for it.

I saw this several years ago after the newborn little boy of some good friends of ours died during delivery. It was devastating.  My friend and her husband both grieved deeply, but it looked different. The husband bought annual passes to Disney and took regular weekend trips with his 2-year-old little girl. His wife stayed home. She needed the quiet that their weekends away gave her. That couple is still together with now-grown children. They allowed each other room to walk through the suffering differently without expectations on the other.

We were facing so much change. We had a year of firsts without Dan and overwhelming emotion to process.

My boys needed grace for the tender hearts and raw emotions of their mom and sisters. The kids needed grace with me as I learned to single parent and often got it wrong. The older kids needed grace to understand how Dan’s death affected their youngest siblings. I needed to give grace when behavior was driven more by grief than anything else.

It’s just as important to give ourselves grace. So often, we’re willing to give our family and friends grace, but we won’t let ourselves off that easy.

We need to give ourselves grace for the things we can no longer do. Grace to adapt to this new that doesn’t feel so normal. Grace when we’re overwhelmed and don’t meet all the expectations. Grace when we’re so tired that we announce cereal for dinner — again.

These last four years have seen some of the hardest work I’ve ever done. I’ve felt so incapable so often.Grace has been a huge key in helping us understand each other and adapt to all the changes and shifts and emotions as we’ve worked to keep a strong family.

This is Day 6 in our 31 Days series on Braving the Broken. If you’d like to join, I’d love for you to subscribe here and read along with us. And you’ll find even more encouragement in our Facebook community here.

You can find all the posts in 31 Days: Braving the Broken here.

I'm a recent widow and single mom to seven amazing children, here I share all of the good lessons God is teaching as He is so true and faithful to us. END_OF_DOCUMENT_TOKEN_TO_BE_REPLACED