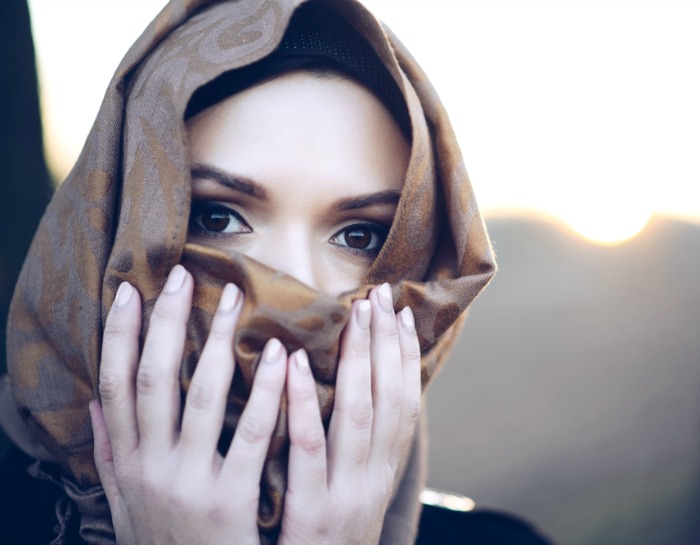 What comes to mind when you hear the name Bathsheba?

What words? What pictures? What labels?

Why does the Bible name Bathsheba in Jesus’ lineage?

Let’s do two things as we answer this question.

First, while we most often read the narrative from David’s perspective (David’s sin, David’s confrontation by Nathan, David’s repentance and David’s punishment), let’s uniquely read it through the eyes of Bathsheba.

Second, let’s wipe clean all we think we know of Bathsheba. Hollywood’s epic film of David and Bathsheba paints her as a seductress who knew David would walk the roof, knew her husband was away and intentionally bathed in the open to lure the king.

European art from the 16th century onward portrays Bathsheba in ways that will plain make you blush and our modern era makes her the stuff of romance novels.

Let’s control-alt-delete all these preconceived notions and the cultural stereotypes and look at what God tells us with fresh eyes.

So while Bathsheba wasn’t royal, the men in her family were part of David’s most trusted inner circle.

What did Bathsheba do?

Though we’re looking at this narrative through the eyes of Bathsheba, we need to start with King David’s actions. David arose from his bed at sunset, walked on the roof of his palace, saw a beautiful woman bathing, sent and inquired about her. He learned she was Bathsheba, daughter of his trusted warrior Eliam, granddaughter of his chief advisor and wife of his trusted warrior Uriah. David sent messengers, took her and lay with her.

The same verses show Bathsheba’s actions: She bathed, completed purification, came to King David when he sent messengers,
was lain with (passive verb) and returned to her house. She later sent a message and told David “I am with child.”

Who is doing most of the action? Three things help us get even more clarity.

First up: Bathsheba’s bathing. Scripture intentionally notes Bathsheba had just completed purification from uncleanness. This was ritual purification after menstruation. Under Jewish law, a menstruating woman was unclean for 7 days. The 7th day ended at sundown, when she would partake in a full or partial washing solely for spiritual not physical cleaning.

Jewish law required water purification in multiple instances: for women after childbirth or monthly menstruation or after anyone touched a dead body. Utensils and clothing were purified and later, converts to Judaism immersed to show spiritual cleansing.

Because this was an integral part of everyday Hebrew life, communities had a mikvah, a public cistern or spring for ritual cleansing where the person stayed clothed. Elijah, for example, instructed Naaman to wash himself in the Jordan seven times to be healed and cleansed of leprosy. Water purification then is very different from the disrobed woman luxuriously soaping up we often imagine from this passage.

Second, what Bathsheba knew: nothing in scripture indicates Bathsheba was ever aware King David had seen her or inquired about her or why his messengers sent for her. Nor was Bathsheba aware of King David’s schemes with Uriah or plan to murder her husband.

Third, nowhere in scripture does God ever rebuke Bathsheba. Instead, scripture says, “the thing David had done was evil in the eyes of the LORD.” (2 Samuel 11:27)

And God sends the prophet Nathan to confront King David using a parable about a rich man and poor man who had nothing but one little ewe lamb. The poor man fed and cared for the ewe lamb in his home like it was “a daughter to him,” until one day the rich man didn’t just take the ewe lamb — he cooked it and fed it to his guests.

The divine parable points to King David as aggressor and predator, and to Bathsheba as the beloved and vulnerable lamb.

It paints the picture of a young wife cherished by her husband, powerfully taken away and consumed.

When we clear away the stereotypes and assumptions, images and innuendo, we see afresh that Bathsheba was a young Hebrew woman who kept Jewish law, married to a distinguished and honorable warrior who loved her.

I wonder if she had the same hopes and dreams of young brides today? I wonder if her fears and struggles with a husband off at war were like those of military wives today?

One day, she’s summoned to see the king. The powerful king her grandfather advises, her father has served and her husband now serves.

In the age of #metoo, David has been accused of rape. Nothing in this chapter has the language of rape like that used two chapters later when Amnon rapes Tamar. But neither does scripture indicate Bathsheba openly bathed nude, intentionally seduced the king, manipulated her way into the palace or was a co-conspirator or even aware of her husband’s murder.

Whether abuse of power or consensual, we only know that behind King David’s closed doors, Bathsheba’s ordinary life changed forever.

And from then on, Bathsheba paid dearly for David’s sin.

She became pregnant and then became a sudden widow who grieved Uriah, the Bible says. When King David sent for her again, she became his wife — though hers was no fairy tale.

She was another wife on a long list of wives and concubines. And in the midst of grief for Uriah, Bathsheba’s first child died.

Because of David’s sin, the dysfunctional baggage of his family spiraled out of control and for the rest of David’s life, the family stayed in upheaval from rape, murder, rebellion and insurrection.

Ever found yourself paying for someone else’s sin?

Caught in the spiraling consequences of someone’s lust or greed or manipulation?

Maybe you’re reeling from the wreckage of a business partner you should have been able to trust or a husband who decided to leave. Maybe you’re suffering from the wounds of a grown child or a parent.

Maybe the mess is from your own compromise, an indiscretion or lapse you can never take back.

What hope is there in the middle of the mess, the mistake, the pain?

Why does the Bible name Bathsheba in Jesus’ lineage?

Right there in Jesus’ family tree, Bathsheba’s name flashes like a beacon the good news that Jesus came to pay for someone else’s sin.

Jesus was born to pay for my sin and yours.

The HOPE of Christmas is not only that Jesus came to pay for our sin but to redeem it as well.

Bathsheba in Jesus’ lineage means that God can redeem all things.

God can bring victory for the victim, purpose from pain, ministry from mistakes and fruitfulness from failure.

And I wonder – did Solomon learn this from his mother?

…She is worth far more than rubies.
…She brings him good, not harm, all the days of her life.
…She is clothed with strength and dignity; she can laugh at the days to come.
…She speaks with wisdom, and faithful instruction is on her tongue.
…Her children arise and call her blessed; her husband also, and he praises her:
…Charm is deceptive, and beauty is fleeting; but a woman who fears the Lord is to be praised.

You can find the full series on the HOPE of Christmas: the Women in Jesus’ Family Tree here. 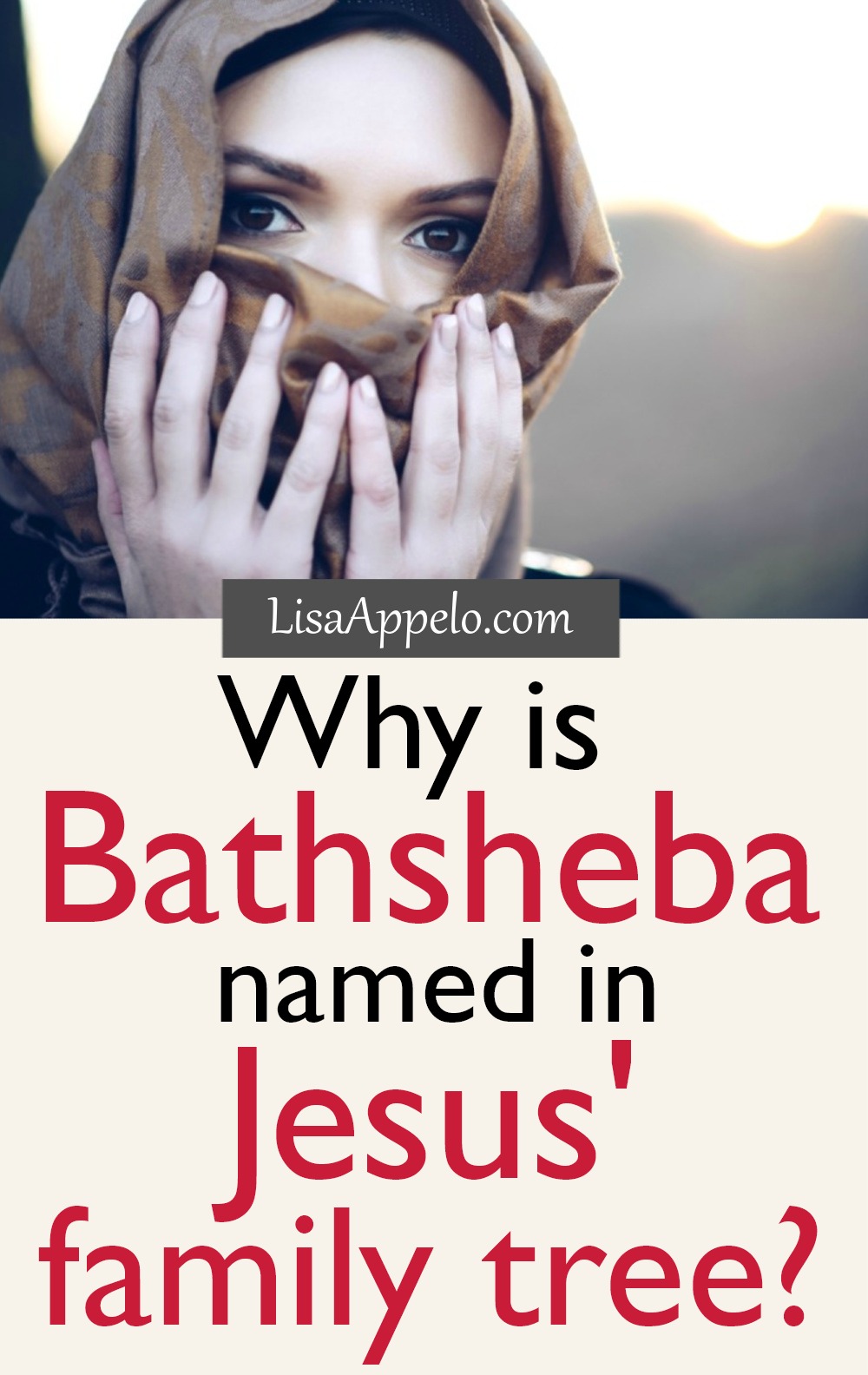 I'm a recent widow and single mom to seven amazing children, here I share all of the good lessons God is teaching as He is so true and faithful to us. END_OF_DOCUMENT_TOKEN_TO_BE_REPLACED