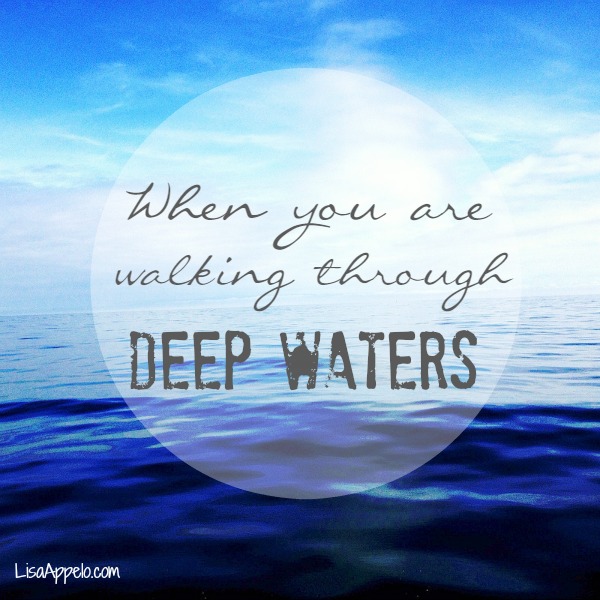 We’d hiked down to our favorite spot of beach. An isolated stretch on the island with only a strip of dusty sand next to the inlet which, a few hundred yards away, rounded under a bridge and into the ocean. While everyone else flocked to the ocean, we often came to this place late in the day.

We faced the sun, beginning its afternoon descent on the other side of the inlet. The water was shallow for several yards out and then dropped off quickly, perfect for wading among the schools of mullet with a cast net. I leaned back and watched Dan work the net, part of it anchored in his mouth and the rest draped heavily over his arm.  He walked slowly through the shallows, throwing the net in a wide circle and dragging it back in every time he saw a school of mullet pass through.

Our toddler played nearby in the water. This waveless salty river provided a safe spot for playing in the knee-high water and he walked about securely near his dad but not too far out.

It was a perfect lazy way to wrap up a day at the beach. I relaxed on the soft sand, watching Dan and keeping a close eye on our little one as the late afternoon sun beat down. And then, just like that, my toddler took one step too far.

I could see fear instantly in his eyes as water came up to his nose and he couldn’t get his footing. I jumped up and splashed out to grab him by the arm just as he went under completely. Pulling him out of the water, I carried him up to the beach, put a warm towel around him and snuggled him close.

He reached down from on high and took hold of me;
he drew me out of deep waters. Psalm 18:16

Have you been there? Where life was sunny and relaxing and fun and then you were up to your eyeballs in deep water?  Perhaps you’re at a point where the water is washing over you and you aren’t sure if you’ll ever see the sun again?

There is One who has not taken His eye off you. He sees you even when you feel like the deep waters are closing around you.

David sang this psalm in praise when God delivered him from all of his enemies.  When David said that God “drew” him out of deep waters, that word is only used elsewhere in Exodus 2:10, when Pharaoh’s daughter drew Moses out of the water.

I am right now in prayer for several dear friends walking through deep waters. I have prayed these verses in faith many times over my own family. Maybe you are praying this kind of prayer too.

God’s love is measured in this — while I was dead in my sin, Christ died for me. His life for mine.

He rescued me because he delighted in me. Psalm 18:19

And that right there is the rescue. He delights in you so much that He reached down from on high and took hold of you and drew you out of the deep waters that would have covered you for all eternity.

My friend that I’m praying for, who has walked with me through my own nose-deep water, says, “I’m pretty sure I’m His favorite.”

Right in the midst of the deep water. Because she has a Rescuer. And He delights in her.

I'm a recent widow and single mom to seven amazing children, here I share all of the good lessons God is teaching as He is so true and faithful to us. END_OF_DOCUMENT_TOKEN_TO_BE_REPLACED