Yes, I want it!
You are here: Home / Hello Monday / Not Every Open Door is From God 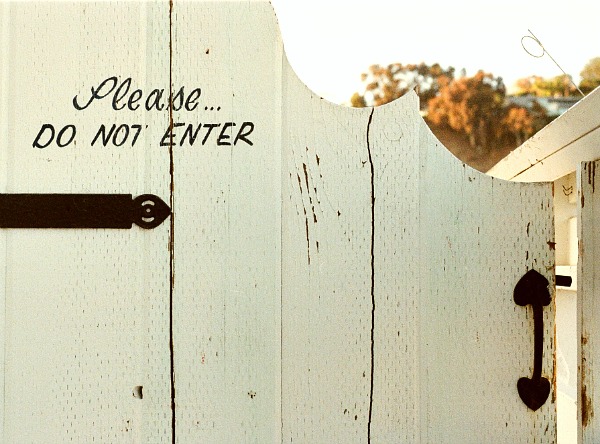 “When they reached Ephesus he left them there, but he himself entered the synagogue and engaged in discussion with the Jews. And though they asked him to stay for a longer time, he declined, but he said good-bye and stated, ‘I’ll come back to you again, if God wills.’ Then he set sail from Ephesus.” Acts 18:19-21 [HCSB]

A few months ago, a friend called to say she was starting back up a neighborhood ladies Bible study. She invited me to take part but as I prayed, I sensed that God was giving me a clear no.

I was a bit surprised because surely this was a great opportunity to meet with ladies and open God’s word together. Why would God say no to that? In fact, I’d started this Bible study in my neighborhood a couple of years earlier.

Of course, God didn’t say no to the Bible study; He said no to me.

Truth is, my plate was full enough. I was in an incredibly busy season with my family and it was all I could do to get the homeschooling done, get dinners on the table and get them to sports practices and games. On top of that, I was teaching Sunday school and writing.

So, practically, I knew I had no margin in which to add a Bible study. And though I was sure of God’s answer and direction, it just felt remiss to say no to such an opportunity.

Discerning God’s will for us can seem like a murky business. But the older I get – or maybe it’s the more I press in close to God and steep myself in His Word – the more I hear His direction.

That doesn’t mean that I always have writing-in-the-sky clarity. But there are some principles I’ve learned that I wish I could tell my younger self.  One of those would be about open doors.

There are times when we’re discerning God’s will that a door swings wide open and we can walk right through it knowing it’s from God.

But not every open door is from God.
Not every invitation is His call.

In Acts 18, Paul was wrapping up his second missionary journey. For the first time ever, he’d arrived at Ephesus, an important city with a major seaport and intersecting trade routes. He went first to the synagogue – his routine practice – to share the gospel with the Jews. They were receptive. They asked him to stay. What a great invitation! What a beautiful opportunity!

But Paul said no.

Wait — after being thrown out of villages, stoned nearly to death, put in prison, on the run for his life and rejected in synagogue after synagogue, Paul said no to an open invitation to continue sharing the gospel in Ephesus?

Acts 18 records it clearly. He was headed to Jerusalem and said only that he would return to Ephesus if God’s willed it. Though Paul left two ministry partners – Aquila and Priscilla – in Ephesus to continue the work, he moved on.

I wonder if God didn’t allow that small detail in His Word so that we would have one more principle in discerning God’s will. We need to know that not every open door is from God and not every invitation is God’s will for us.

We need to be okay with not walking through an open door even when it looks like a good door and a great opportunity.

As it turns out, God did allow Paul to return to Ephesus where he stayed and taught for three years.

We have a good Shepherd who knows how and why He directs us in particular directions. The adventure of this life is getting to listen close and follow just as closely. We may never know why God allows some paths and steers us away from others, but we can trust His direction.

~Part of the Hello, Monday series.
Want to know when new posts are up? You can sign up here and receive 100 Days with Christ, a Bible study guide and journal, for free. And for even more encouragement in your day, join us over on Facebook.

I'm a recent widow and single mom to seven amazing children, here I share all of the good lessons God is teaching as He is so true and faithful to us. END_OF_DOCUMENT_TOKEN_TO_BE_REPLACED