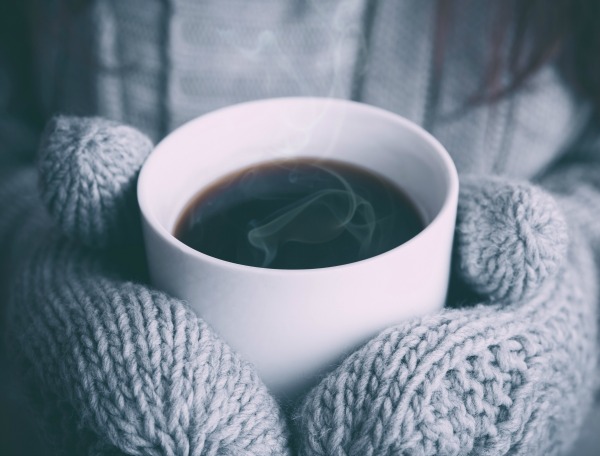 O LORD, you are my God; I will exalt you and praise your name, for in perfect faithfulness you have done marvelous things, things planned long ago. Isaiah 25:1

We roll out of bed on Monday and plunge headlong after our agenda. We’ve got a list of things to do and a full week of tasks and most Mondays start with tackling the list.

My Sunday night washed into my Monday morning and I woke up with such sadness. I was in the middle of the post-church lunch prep yesterday when my phone buzzed. I didn’t recognize the number so I let it go. A few minutes later, it buzzed again. Same number. They’ll leave a message, I thought. A few minutes later, my phone buzzed a third time, but again without a message.

And then I got a text: “If this is your number, Lisa, this is {childhood friend}. Please call.”

I put down the spatula and called my friend, who shared that her sister-in-law, the wife of a long-time family friend, had died in her sleep. She was 45 and left her husband and two boys. We talked and cried and I tried to share what the family might be feeling and needing right now.

I grieved it all afternoon and into Monday morning. My stomach turned as I thought of the anguish the husband and sons would walk through. It brought me right back to the shock and pain of our first days after Dan died.

It was hard to get started today.

But this Monday has already been planned by the Lord.

This day where a husband will pick out a casket and pull pictures from a life together and pick out favorite hymns is hemmed in by the plan of God.

God has allowed it. And in perfect faithfulness, God also long ago planned his marvelous works right in the middle of the hard. My friend will see hard, but he will also see the marvelous works of God, planned long ago for him and for his sons.

Maybe you saw the Lord’s good hand last week. You saw Him provide for you in a mighty way or saw Him very clearly direct your path. Maybe after lots and lots of prayer a situation has finally resolved or maybe He met you so personally and tenderly it’s hard to even explain to anyone else.

They aren’t an afterthought by God as you sent up prayers of need. They aren’t His rescue because He was otherwise employed and suddenly perked up to your cries for help.

They were planned long ago. Ages before the calendar ever rolled over to this day, God planned His marvelous works. 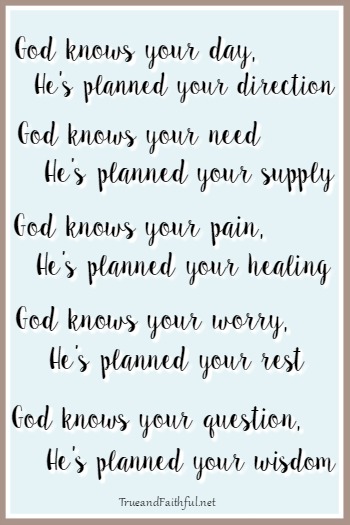 Whatever we’re facing today and whatever we encounter this week is already known to God. In fact, it’s been written on His agenda, part of His plan for us.

God has the exact wisdom and provision and equipping we need for today.

We can praise Him before we ever see the first glint of His mighty works.

I'm a recent widow and single mom to seven amazing children, here I share all of the good lessons God is teaching as He is so true and faithful to us. END_OF_DOCUMENT_TOKEN_TO_BE_REPLACED