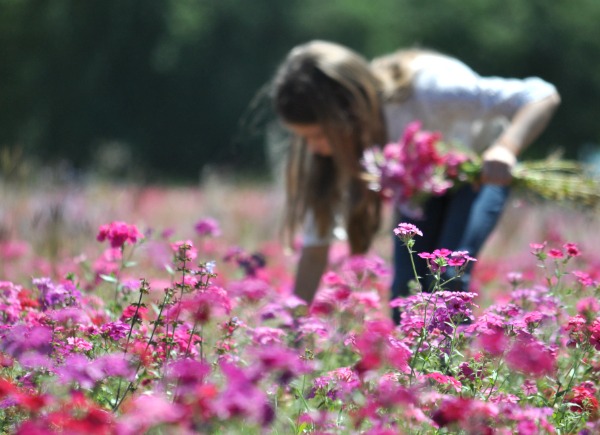 I used to think the world looked like this: 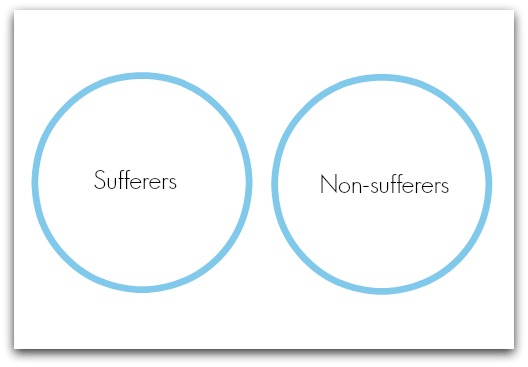 I was well aware of suffering and just as aware that, by some unmerited and perhaps arbitrary determinant, I had somehow managed to dodge it.

Don’t get me wrong – life wasn’t perfect by any means. Dan and I had gone through rough patches in our marriage, real job disappointments and the grief of miscarriages.

We had made it through strenuous financial trials – one season we felt nearly sucked dry financially and physically as we managed five kids 8 years old and under and one crisis after another with two rental houses.

If the world was divided into two sets, we were now smack in the middle of the circle of suffering: 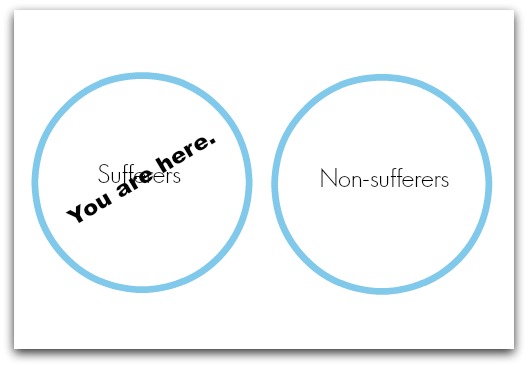 I had joined a new club. Nobody asks to be in this kind of club but once you’re in, you realize how many are a part and the commonalities you all share.

Something odd happened to the way I saw people after Dan died. I noticed it immediately – as soon as friends and neighbors and family descended into the house, sharing hugs and tears and words.

I was keenly aware that I was seeing people altogether different than I had ever seen them before.

As I walked through the duties of those first few days with a shattered heart and a life irreparably broken, grieving for an ache I could never fix for my kids, I saw people with eyes of absolute compassion.

There was not even a hint of judgment, of sizing up who they were or what they’d done. Every one of us comes with baggage – small or big things that inform who we are and sometimes why we’re dealing with an issue.

But that baggage was now irrelevant as I saw people only through a lens of love.

I imagined this was how Jesus saw me – knowing full well who I was with my frailties and faults and yet seeing me only with eyes of love. 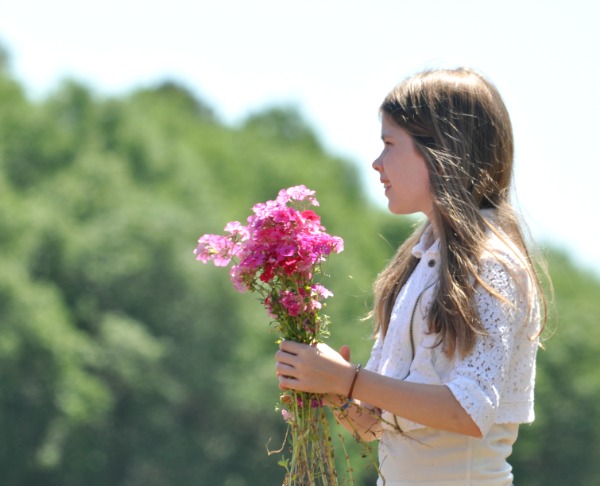 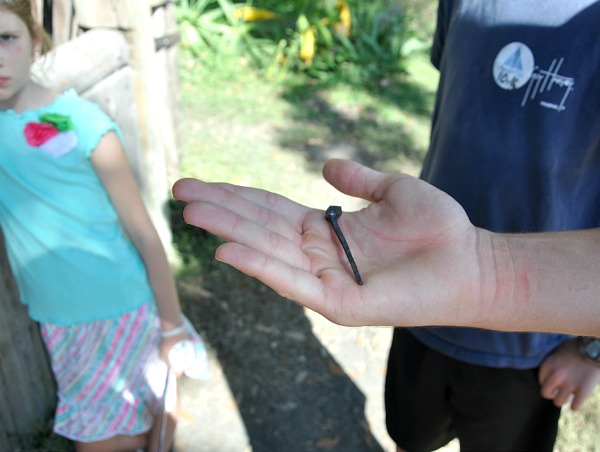 Maybe that’s what shock does to a person. But it seemed this new perception was a byproduct of God’s strong presence palpably covering me.

I wanted to keep those eyes forever.

Maybe because of my own brokenness, people shared openly about their own suffering. I began to learn of stories and struggles that had always been there, unspoken beneath everyday smiles.

And the more I learned, the more this circle of broken grew, the more I realized that my worldview had been wrong.

There weren’t two separate circles, dividing those who suffered and those who had somehow missed it. 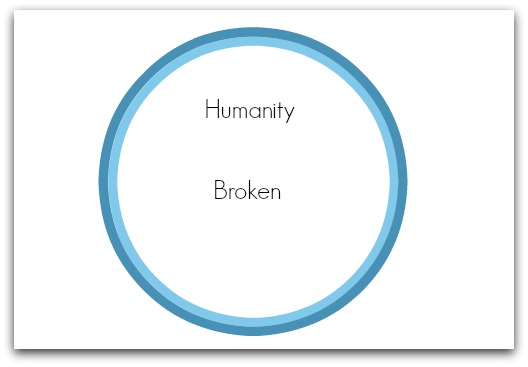 We are all part of one large circle.

I am broken, you are broken, we are all broken.

I think mathematicians call it a universal set.  Suffering and struggle are universal.

It may look different for each of us and maybe there are differing degrees (though do we really want to compare?) but no one is immune.

Some are right now in a battle for their life. Some standby helplessly watching another battle for his life.

Some are suffering a deeply broken heart, a broken marriage, a crushed dream.

Some are suffering deep regret; some are battling deep darkness.

Some will suffer chronically; others will scab over but forever carry battle wounds.

Scratch just below the surface in any conversation with anyone you meet and you will find that everyone has a struggle.

My uncle has a custom at restaurants that we’ve started in our family. After the waitress has finished taking our food order, we tell her we’re about to pray and ask whether there’s anything we can pray for her.  Most servers seem truly touched that we would care about them and I’m amazed at the deep, personal needs often shared.

It’s really hard to get annoyed at slow service or a missed side item when the waitress has just vulnerably shared her need and you’ve prayed for her.

And that’s the thing – if we used our eyes of compassion, we would approach the people in our lives so differently.

Because we are all of us in the club of broken.

And as long as we’ve been invited, let’s mine the treasures here. Let’s take the gift of this club of broken and look past all the frailties and faults and see each other with eyes of compassion.

**If you’d like to know when new posts are up, I’d love for you to subscribe here and I’ll send you a free thank you!

I'm a recent widow and single mom to seven amazing children, here I share all of the good lessons God is teaching as He is so true and faithful to us. END_OF_DOCUMENT_TOKEN_TO_BE_REPLACED