Yes, I want it!
You are here: Home / Soul Keeping / Hope for Shocking and Mocking Headlines

Anyone looking at the headlines grabbing attention and wondering how you’re going to raise children to adulthood through the minefield that is our culture?

I’m dismayed almost daily at the direction of our nation’s morality compass.

“Mom, your generation dropped the ball,” one of my kids charged a few weeks ago.

I wanted to say it was the generation before mine or even the one before that, but I had to stop short. I knew he was right. My children are being handed a world that is widely different from the one in which I grew up.

It can feel like what I’m doing in my little family and in my small sphere is an undetectable ripple against a surge that is set the other way.

But last week, as I studied in Acts, God reminded me of some powerful truth – God does mighty work even in the midst of morally chaotic cultures. 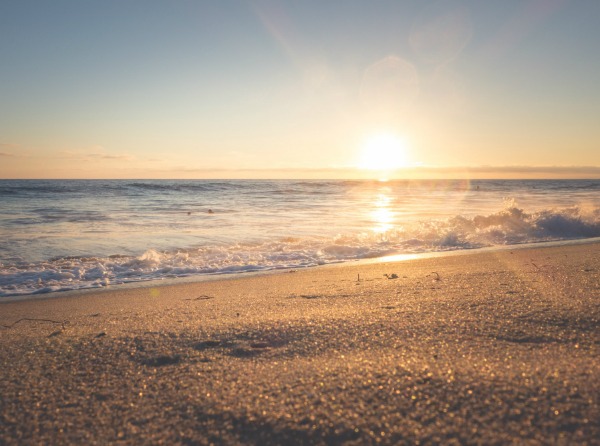 In fact, that was exactly the kind of climate where believers first became known as Christians.

The disciples were called Christians first at Antioch. Acts 11:26b

Stay with me through a few verses out of Acts 11:

“…[M]en from Cyprus and Cyrene went to Antioch and began to speak to Greeks also, telling them the good news about the Lord Jesus. The Lord’s hand was with them, and a great number of people believed and turned to the Lord. News of this reached the ears of the church at Jerusalem, and they sent Barnabas to Antioch. When he arrived and saw evidence of the grace of God, he was glad and encouraged them all to remain true to the Lord with all their hearts.” Acts 11:20-23

There was revival in Antioch. But this is not just a history lesson. There are two huge lessons for us as we live out the gospel in a culture of unblushing immorality.

1. God can do great work in places of great darkness.

A little background on Antioch — Antioch was the third greatest city in the Roman Empire, behind Rome and Alexandria. As the jewel of the Eastern empire, the city was beautiful and fabulously wealthy. It sat on a major river as well as the major trade route from the Far East to Western Rome.

But Antioch was also well known for luxurious licentiousness – the “deliberate pursuit of pleasure which went on literally night and day.”* Just outside the city was the temple compound of Daphne with manicured laurel groves where all manner of unrestrained immorality happened in the name of sacred worship.

Right in the midst of this cosmopolitan immorality, God planted a thriving church.

This was no small church plant. A great number believed and turned to the Lord — so much so that it caught the attention of the mother church in Jerusalem. They had seen thousands of Jews becoming believers, but these reports were new. They were coming from Antioch — of all places — telling of Gentiles — of all people – turning to the Lord.

2. God can do great work through the faithful ordinary.

We never learn the names of the men who first shared the gospel in Antioch. These church planters aren’t listed in the Hebrews 11 hall of faith or recorded anywhere in scripture.

This was not the work of super-evangelist Peter or one of the big name apostles like John or even the powerhouse missionary Paul.

God chose the ordinary to do His extraordinary.

And that is good news to us when our sphere of influence seems meager. God needs only our faithfulness, not prominence, to carry out His great work.

The ordinary faithfulness of these believers gave Antioch a whole new reputation.

The city that had cradled such immorality became known as the cradle of Christianity.  Antioch became the center of God’s great move among the Gentiles. It was Antioch, not Jerusalem, that commissioned Paul as a missionary. It was from Antioch that Paul and others were launched for three epic missionary journeys that would plant Christianity all over the Mediterranean and into Europe.

God’s great turnaround in Antioch has stayed with me into this week. It’s given me new hope as I parent and as I read through my news feed.

Behind the shocking and mocking headlines, the ordinary faithful cannot give in or give up.

No culture is too far gone for God’s great work. None of us are too small to be used greatly by God.

I'm a recent widow and single mom to seven amazing children, here I share all of the good lessons God is teaching as He is so true and faithful to us. END_OF_DOCUMENT_TOKEN_TO_BE_REPLACED