Yes, I want it!
You are here: Home / Hello Monday / Held in His Hand 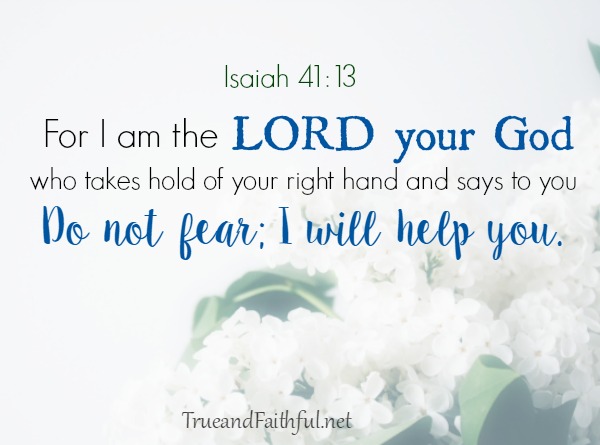 Sometimes God gives us such a clear earthly picture of a heavenly truth. God did this over and over for us in the weeks after Dan died, but one particular afternoon, He gave me a beautiful picture of His faithfulness.

I was driving and had my then high school daughter in the backseat along with her friend. As the two girls talked away, I enjoyed listening to their conversation from the front seat.

The girls chatted about clothes and friends and church events as teen girls do, but at one point, my daughter Rachel asked a deeper question.

“Do you miss your dad?” she asked. This friend’s father was in the Reserves and he had been unexpectedly called up for active duty. He was serving a one-year deployment overseas and this friend and her family were learning to manage without him in their day-to-day for that year.  In one of those strange twists, I can still hear Dan assuring this other father that Dan would watch out for his kids while he was away.

The friend’s father had been gone for a few months when Rachel asked how her friend was feeling and how she was doing. What a sweet conversation to overhear as the two girls talked back and forth about how much they missed their dads and then began to share what great dads they had.

They talked about how much fun their dads were and how they missed talking with them every day. And then Rachel began to share a story about Dan.

She said that a few weeks before Dan died, they were riding in his truck together. Just the two of them.  She was sitting in the passenger seat talking with her dad when he began a conversation that Rachel says was hard for her to hear.

I have no idea what Dan was telling her and Rachel didn’t share it with her friend. Perhaps it was a correction or something he’d noticed that he wanted to talk about; maybe it was a challenge or a possibility he saw for her. Maybe he was just relaying a story that was a bit scary for her.

Whatever it was, as Dan was telling Rachel, she responded “Oh Dad, this is hard to hear.”

And then she says Dan reached over and held out his hand: “Here,” he said. “Hold my hand.” Rachel said for the rest of the conversation, he held her hand in his.

I can just see him reaching over to the passenger seat, offering his big, calloused hand and closing it around Rachel’s soft, tender hand. Dad and daughter. Wisdom and inexperience. Protector and protected. Provider and recipient. Father and beloved.

He didn’t stop the conversation. He didn’t steer her around all of the hard words. Rachel still had to listen to what he wanted to tell her. But the entire time, He held her tight in his hand. And that made all the difference.

That is our Heavenly Father. As believers, we don’t get a pass on suffering.  There will be hard things. We will have to walk through them. And we are apt to cry out, “Oh, Father, this is too hard!”

God may not stop all of the hard, but He holds us tight in the palm of His hand.

Abba and child. Wisdom and experience. Protector and protected. Provider and recipient. Father and beloved.

“For I am the LORD your God who takes hold of your right hand and says to you, Do not fear; I will help you.” Isaiah 41:13

“…even there your hand will guide me, your right hand will hold me fast.” Psalm 139:9

Happy Monday, friends. Whatever this day holds, whatever this week holds — our Heavenly Father has reached out to take hold of us and walk us through it in His tight grip. See what great love the Father has lavished on us, that we should be called children of God! 1 John 3:1

I'm a recent widow and single mom to seven amazing children, here I share all of the good lessons God is teaching as He is so true and faithful to us. END_OF_DOCUMENT_TOKEN_TO_BE_REPLACED