Matt and Annalise sprawled on the floor surrounded by Dover books, a pile of colored pencils and clean paper. Everybody settled, I put my finger in at the bookmark and opened to the day’s chapter.

This was at least the fourth time I’d read through The Chronicles of Narnia with my children.  We were now on The Horse and Its Boy and I began to read about Shasta, an orphaned boy,  who was meeting the Great Lion Aslan for the first time.  It didn’t matter that I’d read this before because I saw with fresh eyes the beauty of C.S. Lewis’ allegory. 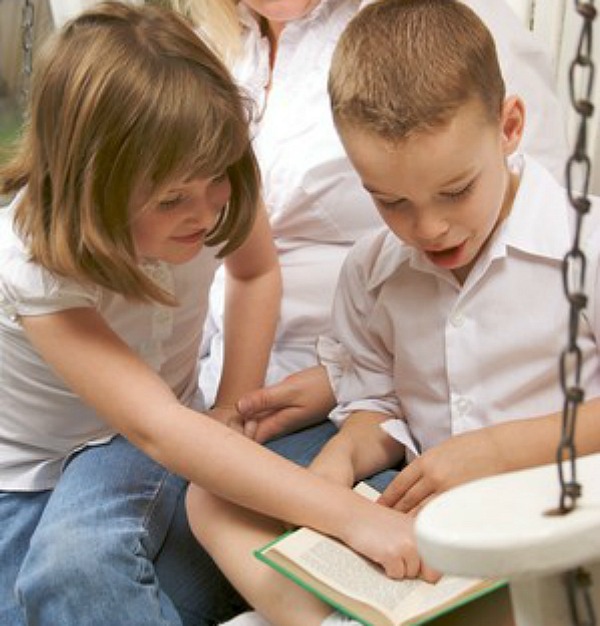 I’ve choked up more times that I can count when reading aloud to my kids. Try as  I might, Aslan’s words caught in my throat:

“I was the lion.” And as Shasta gaped with open mouth and said nothing, the Voice continued. “I was the lion who forced you to join with Aravis. I was the cat who comforted you among the houses of the dead. I was the lion who drove the jackals from you while you slept. I was the lion who gave the Horses the new strength of fear for the last mile so that you should reach King Lune in time. And I was the lion you do not remember who pushed the boat in which you lay, a child near death, so that it came to shore where a man sat, wakeful at midnight, to receive you.”

“Then it was you who wounded Aravis?”

“Child,” said the Voice. “I am telling you your story, not hers. I tell no one any story but his own.”

Thinking about my own story and my own wounds, I was really fighting the tears now. I let those words linger as Matt traced an English clipper ship and Annalise added an orange bird to her drawing.

Over the years, I’ve continued to read aloud to my kids even when they were reading on their own. In fact, we’ve read aloud all the way through high school.

Reading aloud has been one of the best things we’ve done. I owe it to my oldest’s kindergarten teacher, who suggested it in our first parent-teacher conference. I eventually read Jim Trelease’s classic The Read-Aloud Handbook  who says reading aloud has multiple benefits.

Even aside from the academic perks, two reasons keep me reading aloud as a family:

We’ve explored foreign countries and cultures, historic battles and revolutions. We’ve looked at injustice, poverty, bitterness, grace and redemption. We’ve  seen heroes and heroines triumph, discover, and overcome.  Some books made us laugh, some made us tear up (mostly me) and most all have given us life lessons.

Books are the quietest and most constant of friends: they are the most accessible and wisest of counselors, and the most patient of teachers. ~ Charles W. Eliot

I’m choosy about our read aloud books. My favorites are those with themes of grace and forgiveness, pulling together as a family, overcoming hardship and blooming where you are planted. As we’ve grieved over the last three years, books have been another tool to help us deal with loss and suffering.

So I  want to share our very favorite read aloud list.   The books on this list met two criteria: we enjoyed them immensely and they have uplifting messages of grace, redemption, family, triumph or contentment.

Heidi, Joanna Spyri  (Unabridged. That goes for all on the list but especially Heidi.  Abridged versions have edited out the forgiveness and redemption.)

Missionary Stories with the Millers (and all the Miller series), Mildred A. Martin

Calls to Courage, Tim Kennedy (selected stories @ contentment, courage, responsibility. We read one each evening to the youngest.)

Five Little Peppers and How They Grew, Margaret Sidney

The Martyr of the Catacombs, Anonymous (Don’t let that stop you. Excellent book about the 1st century Christians of Rome.)

The Chronicles of Narnia, C.S. Lewis

Mary Jones and Her Bible, ed. by Mark Hamby (this book inspired founding of British and Foreign Bible Society)

Hinds Feet on High Places, Hannah Hunard  (second only to Heidi as my favorite on this list)

Treasures of the Snow (and others by Patricia St. John)

The Story of the Trapp Family Singers, Maria Von Trapp

And for pure fun: 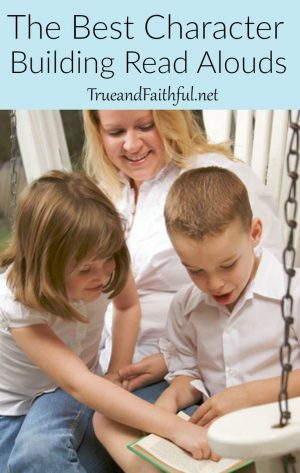 P.S. If you want to know when new posts are up, subscribe here. I’d love to send you a free thank-you! 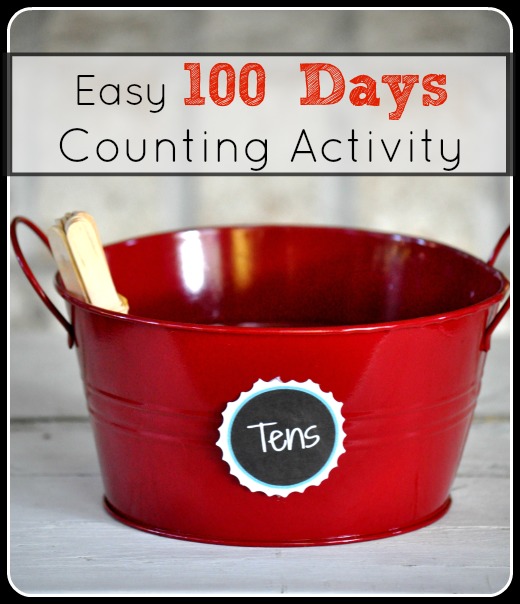 Who doesn’t love an easy and inexpensive project that will help teach your kids place value? This is a great way to count up to 100, mark the school days and learn to group by 10’s. Ready?

All you need is three containers and 100 popsicle sticks.  You can use any kind of container — coffee cans, small baskets or canning jars work great.  I’m using three aluminum pails we already had from the dollar store.

END_OF_DOCUMENT_TOKEN_TO_BE_REPLACED

Don’t you love New York in the fall? It makes me wanna buy school supplies. I would send you a bouquet of newly sharpened pencils if I knew your name and address.

One of my favorite lines from a favorite movie — You’ve Got Mail.

I love the pulse of back-to-school season. Here at home, I’ve been reshuffling books, moving last year’s books to lower shelves and replacing them with this year’s stuff. Backpacks have been reorganized. I’ve replenished our stockpile of spiral notebooks and lined paper. And I’ve begun laying out this year’s school schedule.

We are, amazingly, going into our 16th year of homeschooling.

END_OF_DOCUMENT_TOKEN_TO_BE_REPLACED

I’m over at Sandox to Socrates today talking about how we’ve done memory work with our preschoolers and kindergartners.   You can read the full article here.

Whether you’re just starting out or you’ve been homeschooling kids since kindergarten, thinking about homeschooling through the high school years is daunting. What records will you need? Can lab sciences and pre-calc really be done at home? Even though thousands of other homeschoolers have graduated and gone on to successful post-high school experiences, it can still seem like a grand experiment until you’ve graduated your own child.

I have found there are five keys to high school planning. I’m over at Sandbox to Socrates, a classical ed blog, talking about these five ways to sketch out a high school plan.